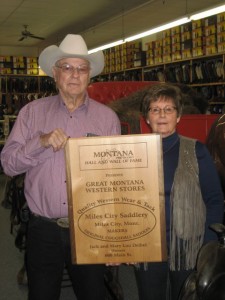 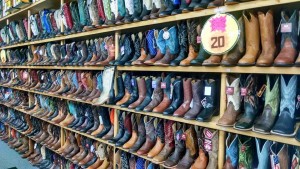 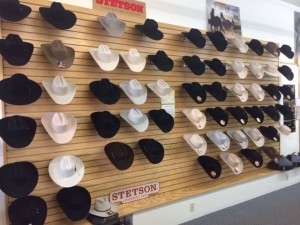 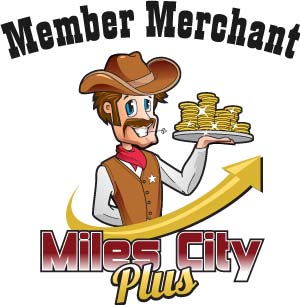 Miles City was a legendary cattle town in eastern Montana and the “end of the trail” for many longhorn cattle drives, from Texas, in the 1890′s. With the disappearance of the buffalo, completion of the railroad through Miles City, and the rich virgin grasslands found there, cattle and ranching became the prime occupation of its’ inhabitants. While towns may have been fewer and farther between, most had a store where one could at least buy a saddle, and the larger cities boasted one or more custom saddle-making shops. However, two saddleries in particular helped make a relatively small Montana cowtown at the end of the Texas trail famous.

Al Furstnow, learned the saddlery business from his father. At age 19, he worked for Collins in Cheyenne in 1881. He worked in Miles City for Goettlich for about a year starting in 1883 and then for Collins in Omaha in 1884. He bounced around to Cheyenne and San Francisco and then came to work in Miles City for Robbins and Lenoir in 1894. In August, he opened Furstnow’s Saddle Shop with himself as the sole employee. In December, his shop got a boost in capital and another able business mind when Charlie Coggshall bought a half-interest.

Charles E. Coggshall, who had been ranching with his father, disposed of his livestock and in December of 1896, they bought out the stock of Moran and W. J. Zimmerman, whom Moran had taken on as a partner in an attempt to stay in business. Furstnow and Coggshall added workers and became the only major saddlery between Billings and Dickinson, ND. In 1899, Furstnow and Coggshall split up, forming a rivalry that lasted well into the 20th Century. Charles E. Coggshall was a strict taskmaster from the old school of hard work and incredible quality. He had the amazing ability to employ the best craftsmen anywhere. Although Charles himself was not a saddlemaker, his years of experience as an avid horseman enabled him to recognize the virtues of a good saddle. Improvements and changes were constantly being made over the years. Under his guidance the Montana Saddle Tree was perfected. He was also responsible for improvements including the swell fork and flat-plate rigging. But what he and Furstnow are both credited with is making thousands and thousands of saddles.

In a highly successful effort to help fill the world’s need for saddles, the firms started by Al Furstnow and Charlie Coggshall blended assembly line techniques form back East with custom care exercised by the one-man shops of the West. The two large local saddleries employed dozens of men who came to specialize in various aspects of making this most necessary of cowboy tools. Some saddlemakers made four to six saddles per week and some stayed in the business long enough to make 2,000 to 3,000 saddles.

In 1909, things started happening in the local saddle business. Coggshall employee Clem Kathmann, along with Frank Jelinek and Bert Coleman, bought out Coggshall and formed the Miles City Saddlery Co. In 1910, Al Moreno, a highly talented stamper from California joined Furstnow in his new building. Furstnow was turning out about 800 saddles per year at that point. Both saddleries steadily built their businesses up to a peak in the late teens. In 1916, the Miles City Saddlery made 1,937 saddles. At the outbreak of World War I, two dozen men were employed in the shop. Between 1910 and the Depression years of the 1930′s there were as many as 40 saddle makers working in Miles City. Toward the end of the peak, in the teens, the range started closing up and there was a corresponding decline in the need for saddles. The Depression ignored need. There was simply no one buying saddles. Some cowboys, reportedly, had to bring their saddles back because they had no means of paying for them.

Of Miles City Saddlery, Coleman died in 1917 and Kathmann in March of 1936 leaving Jelinek sole proprietor until former bookkeeper Joe Conway bought him out in 1939. In 1954, Joe Conway handed the business down to his sons, Dick, Bob, and Luke Conway. Merv Fuller, and son-in-law and daughter, Tat and Tamara Cain, bought the business in 1962, and former Conway employee, Carl Wilson, bought the Coggshall saddlemaking end of the endeavor in 1961. Wilson closed shop in 1982. The photo above was taken in the 1940′s and shows the thriving times. The Miles City Saddlery was located next to the Range Riders Bar-Cafe shown in this photo. In 1989, Jack and Mary Lou Deibel bought Miles City Saddlery from Tat and Tamara Cain and saddlemaking in Miles City was revived. In 1997, they started building hand-made custom saddles again under the Miles City Saddlery name. Significantly, the most talented craftsmen in the industry have once again surfaced in Miles City. With the re-issue of some of the saddles that made Miles City Saddlery famous, such as No.l, and No. 11, and with plans to build others, the success of saddlemaking has returned to the historical cowtown of southeastern Montana.